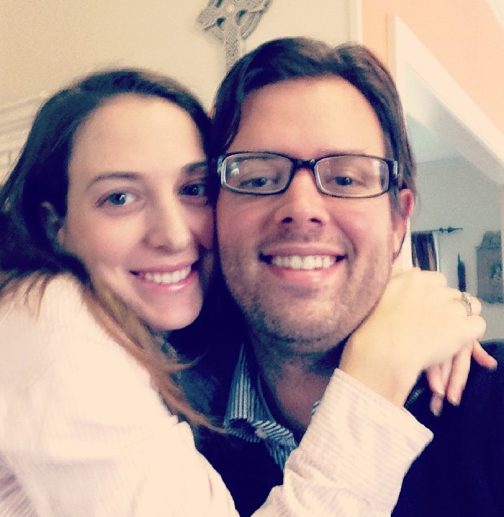 Last year, I had all sorts of financial resolutions, but this year I only have one. Before I tell you my one and only goal for 2014, here’s a quick recap of what I wanted to do in 2013 and whether or not I accomplished the goal:

Last year, I was able to send $13,000+ back to our student loan provider. Those loans would have accrued interest for at least a few more years, so I could have easily saved us $25,000 off of our final loan amount.

I opened my first IRA in January, and just a few days ago, I maxed that baby out. $5,500 saved for retirement in my first year of having the account. Obviously the goal is to save much more, but given our tight budget, I’m proud of this one.

I tracked all my spending through July. Then I kind of fell off the wagon of life during the first trimester of my pregnancy and didn’t do anything extra. I picked it back up again in October and we’ve been going steady since then.

I did this for several months, even sending as much as $1,200 during two of the months of 2013, but as soon as that positive preggo test came in August, I dropped this down to $200 a month

I really don’t want to count this as a fail because I have $3,000 in my emergency fund and $10,000 in the babies’ fund. However, given that I will probably use the baby fund over the next few months here, I probably can’t count that towards the e-fund.

I was really happy with how much I saved in various accounts. I filled up a large moving fund and a vacation fund in 2013, and I’m really glad I had them both!

So, I said I only had one goal this year, and it’s true. Big, financial goals are great, but I have none for right now.

All I want to do is maintain.

I want to maintain the emergency fund so that we don’t have to dip into it. I want to max out my IRA again, but I won’t beat myself up if I can’t. I just checked my credit score, which is a great thing to do at the beginning of every year, and it’s still excellent, so I don’t want to mess that up either.

With two little ones on the way, it’s more important than ever that I don’t go back to old habits. If I mess up my credit score, I won’t be able to get a good interest rate on a new-to-me car in the next few years or be able to apply for new airline points credit cards like Aeroplan credit cards to travel with. There are, of course, more important things in life than traveling, but again I’m going to try to maintain our current lifestyle by sneaking in at least one short weekend trip somewhere in 2014 – probably back home to New Orleans for FinCon. 🙂 Oh, and I also don’t want to get back into credit card debt. It was a pretty long road getting out of it, and I don’t want to go back there.

I also haven’t figured out what to do about our student loan situation for this year. With two kids, we are eligible to take out quite a bit for living expenses. Although I am working really hard, there is a lot of pressure to do well, and having my entire family’s well being rely on my blog income is pretty overwhelming and volatile. So, I might take out the loan but then put it away in a high yield savings account and just see how it goes. I can always send it back like I did in 2013 or use it slowly if we get into a pinch. This really depends on where we get placed for the next two years of hubby’s med school. If we get Michigan, I can probably make it through 2014 without using student loans. If we get New York, I think I’ll be fresh out of luck.

So, there you have it – My big aspiration for 2014 is to not mess up, not get back into cc debt, and to keep chugging along like we are. Hopefully, my business income continues to grow and we’ll set ourselves up for a very bright 2015 but for now, I hope my 2014 doesn’t bore you too much!

What are your financial goals for 2014?