The legendary blogger Jon Morrow describes a viral blog post as one that has been shared more than 1,000 times. I think for a video to be viral it has to be shared a million or so. But anyway, I always wondered if anything I wrote would be shared to that magnitude. I always hoped it would. Most bloggers do. But I know that you can’t really plan for these things.

This past weekend, the hubs gave me the greatest gift of watching the twins so I could go to Starbucks and write. I’d been telling him how much I missed writing, not so much about finance etc. but really exercising my creativity and writing about other stuff too.

Sitting there at Starbucks, away from the beans for some of the longest time I’ve ever been away from them, I was tired and emotional and also just so grateful to have the time to type while quietly sipping some tea.

What bubbled up in those few hours was the following post, which got published on the Huffington Post and shared more than 1,000 times in 24 hours. (It’s now at 20k+ likes and 4,000+ shares.) Maybe you disagree with Jon and might not consider that viral (and that’s cool.) Either way, it was a nice surprise to get such a good reception.

Here’s a snippet of the post and a link at the bottom in case you want to read the whole thing:

What Nobody Tells You About the First 3 Months of Motherhood

I’m trying to find the words.

I’m struggling to gather together the right collection of syllables that can be mushed together to convey my experience of new motherhood, an experience many people likely share but never speak of.

First, no one tells you how emotional motherhood will be. And by emotional I mean exhilarating, exhausting, gut-wrenching and euphoric.

When you get married, everyone starts asking you when you’re going to have kids. They might even push you to have kids.

There might even be grandmothers (no names mentioned, of course) who buy tiny little clothes and hang them in a closet just in case you decide to have kids right then and there.

Just like marriage and weddings, all society really shows us of motherhood is the romance, the surface story that everyone dreams of and simultaneously hides behind. You’ll create the beautiful nursery and be showered with gifts and interview your pediatrician and buy some yoga pants because after all, you’ve at least accepted you won’t be wearing your old jeans for a while.

You think you know what it’s going to be like because people say, “It’s hard, but it’s sooooo worth it.” You’ll hear this about 5,000 times and so you’ll convince yourself that you’re braced and ready for the good and the bad.

But that’s the first thing you didn’t know about being a mom:

1. Sometimes it won’t feel worth it. 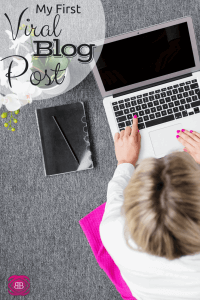