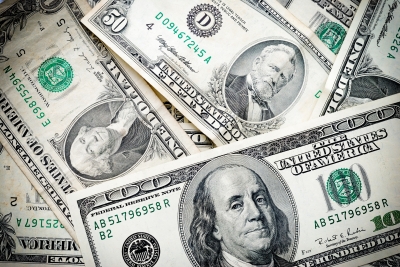 No matter how hard you try to keep on top of your finances, it’s nearly impossible to avoid those surprise bills that crop up every now and again.

A disturbing one in six people would be forced to borrow money if they had to make an unexpected $200 payment according to new research. The research clearly shows that a lot of people feel they would struggle if faced with unexpected bills during an average month.

One in five people said they’d be able to find the $200 if they had to, but would have to make cutbacks and alterations to their usual spending. That’s the equivalent of more than 10 million people who would be able to meet an unexpected bill without borrowing at all – but by shifting things around.

A further 9% said they’d borrow from friends or family to pay the bill, while 8% feared they just wouldn’t be able to meet the cost at all.

Emergencies happen to everyone

Whether it’s an unexpected car problem or a boiler failure, it’s impossible to avoid random costs that haven’t been budgeted for.

The survey shows that older people are way better when it comes to handling these kinds of fiscal emergencies – 47% of respondents over 65 said they could pay a $200 bill with absolutely no problem, compared with just 9% of those aged between 18 and 24.

Better budgeting is your friend

The older generation could be more prepared since they’ve had more time to practice saving and budgeting, but youngsters could also benefit from taking a firm grip on their finances sooner rather than later.

Whatever their age, a lot of adults could benefit from some professional help. For example, Thinkmoney offers a bad credit bank account alternative that’s designed to help people sort out their finances and get the bills paid on time. After all, the better you can deal with the expected expenses, the easier it should be to see how much ‘rainy day’ money you can set aside.

Would you be able to pay a $200 unexpected expense if it happened today?